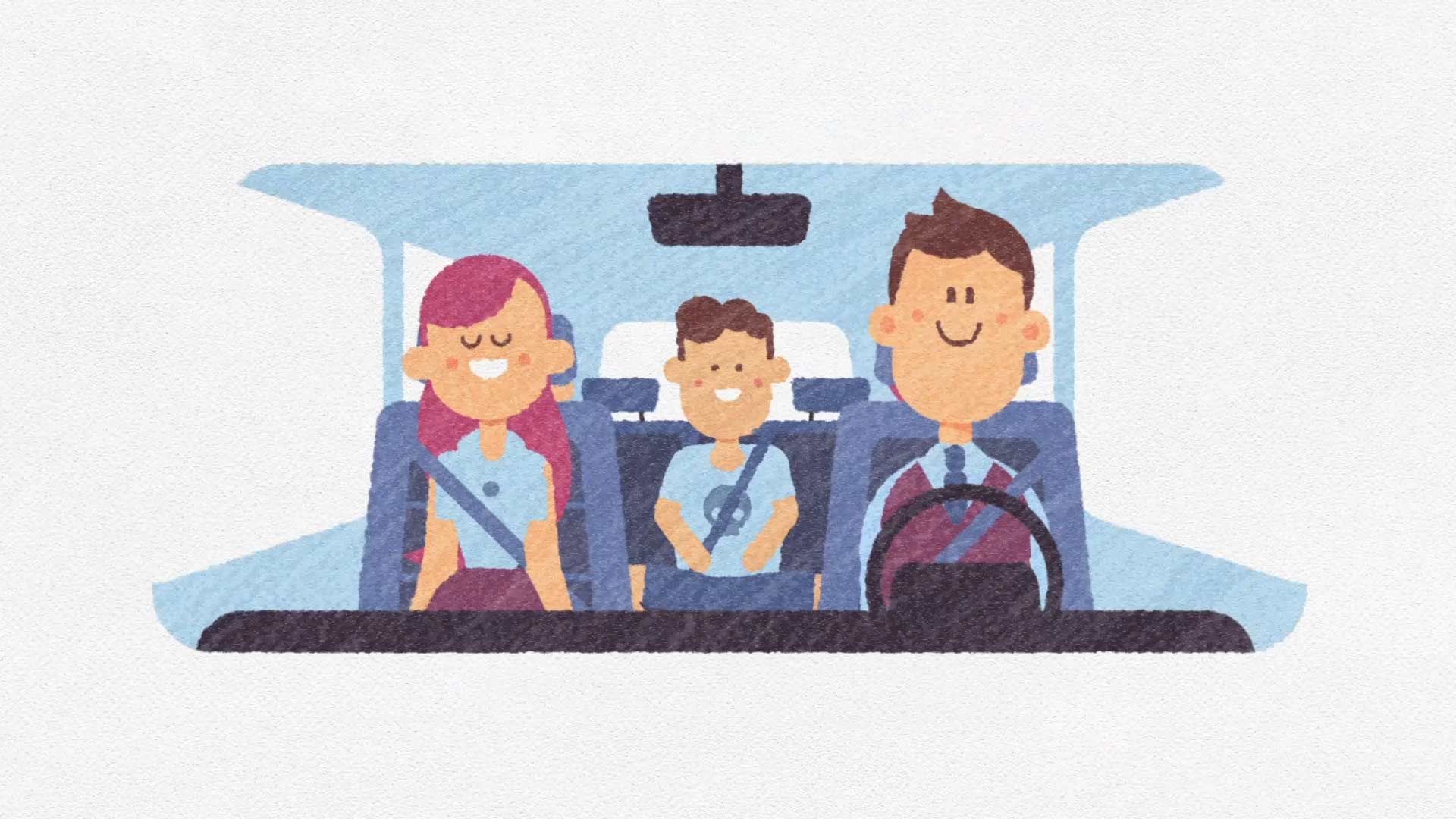 We were approached by Ford’s agency GTB to create a one-off short film to explain the benefits of their new Ford Focus, with more rear legroom than ever before. We developed a visual narrative seen from a child's eye, to contrast against the factual nature of the story. We were given the freedom to push the creative execution wherever it felt appropriate.

Taking inspiration from 80’s Cartoons like ‘Rhubarb & Custard’, we mixed crayon textures and clean vector based character design using animation, to create a look that appealed to both parents and children. Adding a child's voice to narrate the story gave it further charm and authenticity.

Using a hand drawn style with the effect of colouring pencils and paper texture.

More of our work.